Mens tramlines haircut have been popularized by stars like MC Hammer, Ronaldo and various sportsmen, and now are popular among everyone. Tramlines are also known as shaved hair lines or hair tattoos have become popular in the past 20 years and continue to come in and out of style.

Few years ago social networks were buzzing for days over the meaning of the strange symbols carved into Cristiano Ronaldo’s hair. But theories have now been cut short by a hairdresser: “He told me that he was looking for something different. I had the idea of shaving a symbol that represents both peace and the calm a warrior experiences after battle. He agreed. He’s very ambitious and a perfectionist. I hit on what he was feeling at that time and it was reflected during the match. He knows that the television cameras follow his every move and he likes to look impeccable.”

If you have a steady hand, some patience and a pair of hair clippers, you can make mens tramlines haircut yourself without a help of barbers or hairstylists. Tramlines work best on short hair, so you need to trim the area first. But before that decide on your design, some popular designs are ridges, straight lines, patterns, pictures or words.

The beauty of hair is you can erase and start again days later which is great for learning and improving over time.

Tramlines hairstyles for men are popular because they can be as unique as you wish in many different patterns from easy to difficult and can also be shaved in to any part of your hair making it a truly unique aspect of your personality.

Check out examples of mens tramlines haircut below: 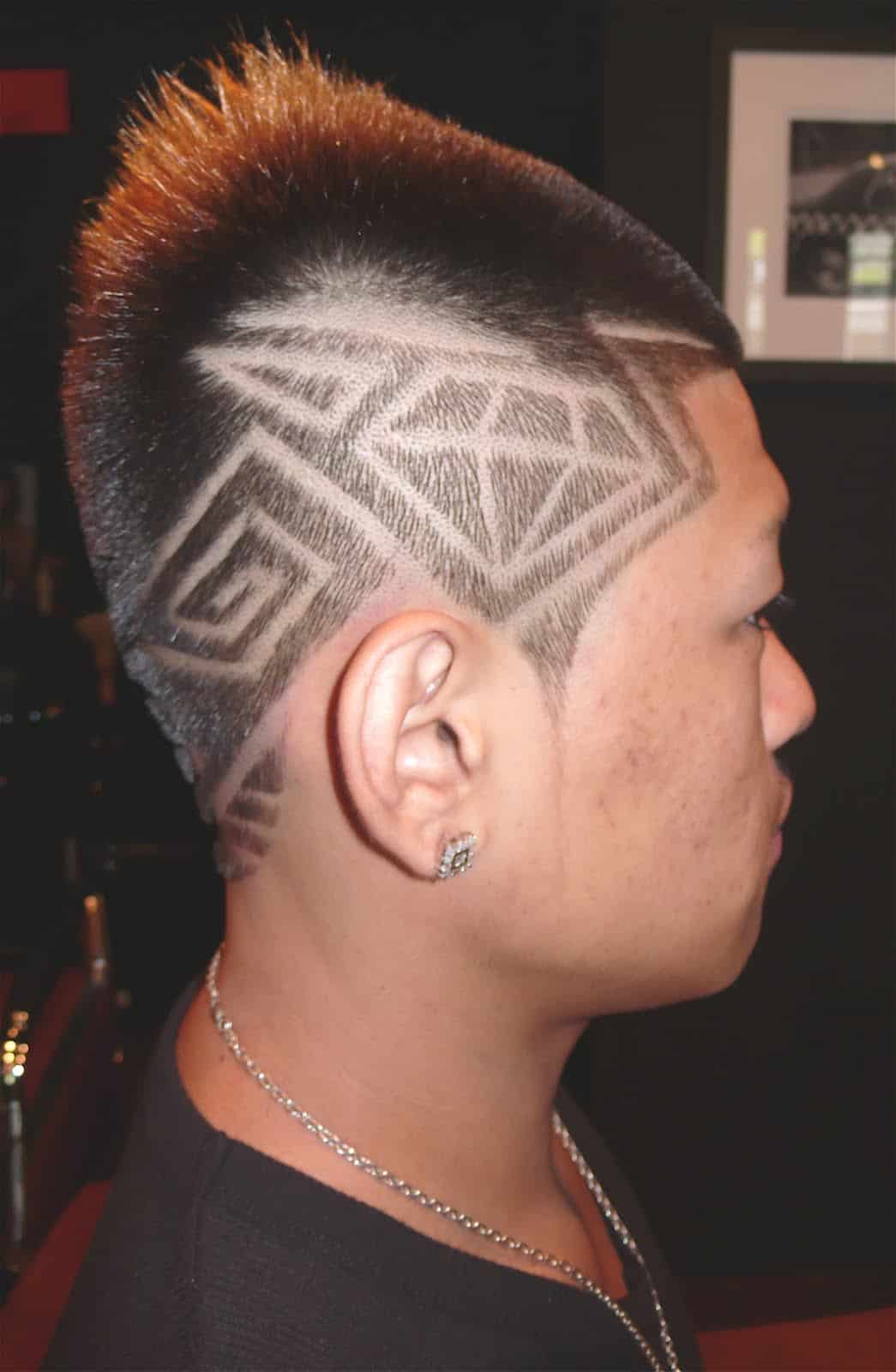