Today we want to talk about red hair men. Statistically, red hair occurs naturally in 1–2% of the human population, but more frequently 2–6% you can see it on northern or western European ancestry. Today red hair is mostly associated with people in the Celtic Nations.

Emigration from Europe has multiplied the population of guys with red hair in the United States, estimated 2–6%, it means the U.S. has the largest number of redheads in the world, at 6 to 18 million, compared to approximately 650,000 in Scotland and 420,000 in Ireland.

Red hair appears in people with two copies of a recessive allele on chromosome 16 which produces an altered version of the MC1R protein. MC1R or melanin-activating peptide receptor is one of the key proteins involved in regulating mammalian skin and hair color. It is located on the plasma membrane of specialized cells known as melanocytes, which produce the pigment melanin through the process of melanogenesis.

There are three basic types of melanin: eumelanin, pheomelanin, and neuromelanin. The most common is eumelanin, of which there are two types—brown eumelanin and black eumelanin. Pheomelanin is a cysteine-containing red polymer of benzothiazine units largely responsible for red hair, among other pigmentation.

Sounds too scientific, isn’t it? OK, OK. To keep it simple, this is just a natural tan on your hair, it’s like you were born with a tan and don’t need to go to the beach and fry yourself. This is how nature having fun.

BUT. People with natural red hair associated with fair skin color, lighter eye colors and sensitivity to ultraviolet light. High level of sun ray is harmful to the untanned skin so tan is not your way out and you should be careful.

Studies by Bodmer and Cavalli-Sforza in 1976 hypothesized that lighter skin pigmentation prevents rickets in colder climates by encouraging higher levels of Vitamin D production and also allows the individual to retain heat better than someone with darker skin.

Estimates on the original occurrence of the currently active gene for red hair color vary from 20,000 to 100,000 years ago. 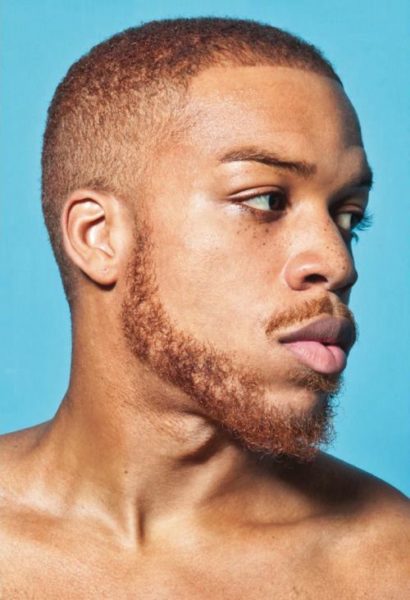 Redheads are pretty rare in African populations, but is there a reason?

The red hair in African people is caused by a mutation in a gene called TYRP1. Red hair in black people is usually caused by a kind of albinism. There is a rufous albinism where people have a red-bronze skin color, ginger-red hair, and blue or brown eyes.

The most common mutation of melanin that stayed in the African population is different than the one that traveled north, and that’s why the African redheads are different from the Caucasian redheads.

The Berber populations of Morocco and northern Algeria have occasional redheads reach 10%.

Why beard is red

You probably already notice an interesting phenomenon when a man has a dark hair but his beard is red. How could this be? Turned out that genes can express themselves differently for anyone, and color of your head hair differs from the color of your armpit hair, pubes, or beard.

“Generally speaking, people inherit hair color not only from their parents, but also from their grandparents and earlier ancestors. So it’s entirely possible that one distant ancestor had a hair color that suddenly appears again though a certain combination of genes—and that can be quite unexpected for parents,” said Haak-Bloem.

But even Haak-Bloem isn’t completely sure of the mechanism. Having a deviant red beard has never been linked to any deadly diseases, so it’s pretty low on the research priorities list. 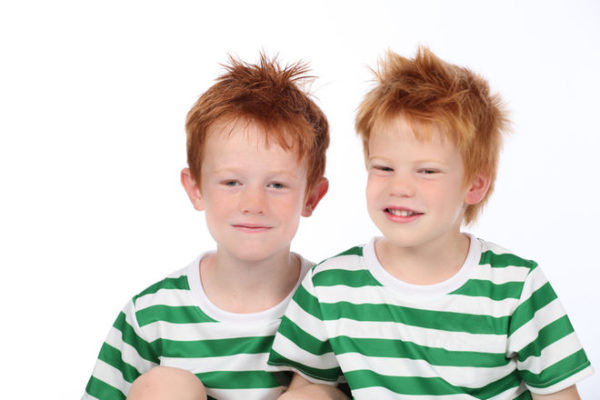 The future of red hair gene

A 2007 report in The Courier-Mail, which cited the National Geographic magazine and unnamed “geneticists”, said that red hair is likely to die out in the near future.

In 2014 experts came out with the prediction that redheads could become extinct as a result of increasingly sunny skies above Scotland.

For example, Dr Alistair Moffat, managing director of Galashiels-based ScotlandsDNA, said: “I think the reason for light skin and red hair is that we do not get enough sun and we have to get all the Vitamin D we can. If the climate is changing and it is to become more cloudy or less cloudy then this will affect the red hair gene. If it was to get less cloudy and there was more sun, then yes, there would be fewer people carrying the gene.”

If both parents carry the recessive gene there is a 25% chance that their child will be born with red hair. 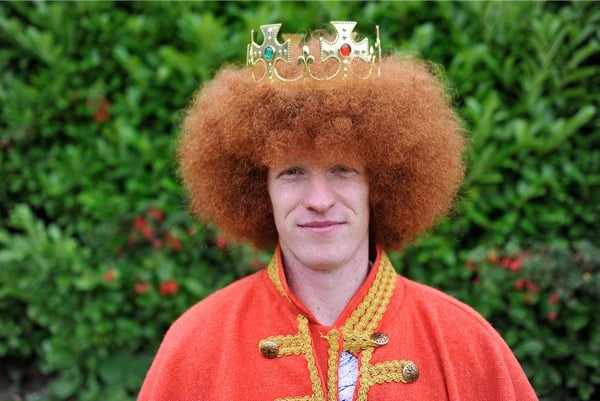 The Irish Redhead Convention, held in late August, claims to be a global celebration and attracts people from several continents. The celebrations include crowning the ginger King and Queen, competitions for the best red eyebrows and most freckles per square inch, orchestral concerts and carrot throwing competitions of Irish red hair people.

Redhead Day is a Dutch festival that takes place on the first weekend of each September in the city of Breda, the Netherlands. The two-day festival is a gathering of people with natural red mens hairstyles, but is also focused on art related to the color red. Activities during the festival include lectures, workshops and demonstrations.

In November 2008 social networking website Facebook received criticism after a ‘Kick a Ginger’ group, which aimed to establish a “National Kick a Ginger Day” on 20 November, acquired almost 5,000 members. A 14-year-old boy from Vancouver who ran the Facebook group was subjected to an investigation by the Royal Canadian Mounted Police for possible hate crimes.

If you will ask your girlfriend about shades of red hair her list will be looking like that:

Nightmare, isn’t it? And we named only 20 red hair colors but the list goes on and on. If you haven’t been born with a natural red hair and for some crazy reason decided to have a red hairstyle you have to remember one thing – shade selection is critical! 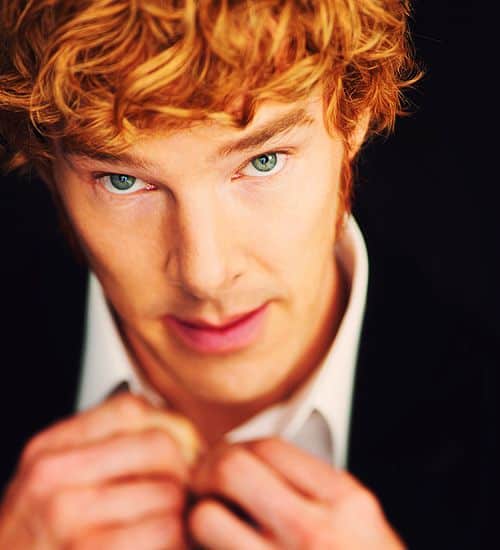 There is a lot of guys with men’s short hairstyles in red color among celebrities and athletes who wear red hair and it works for them very well even if it’s not their natural red hair color. Do you remember red hair boy Ron Weasley from Harry Potter, or David Caruso from CSI: Miami, or Kevin McKidd from Trainspotting? Even Prince Harry has sexy red hair! Want more? Here you go: Ewan McGregor, Seth Green, Rob Kazinsky, Eddie Redmayne, Benedict Cumberbatch, Paul Bettany, Damien Lewis etc.

What about red-headed athletes?

Whatever you decided to do with your hair color remember, during the Middle Ages red hair was the sign of a werewolf or a vampire… but girls love that, evil forces are in trend now. Here you go the next Twilight superstars with men’s long hairstyles!

Check out our list of red hair men styles below: 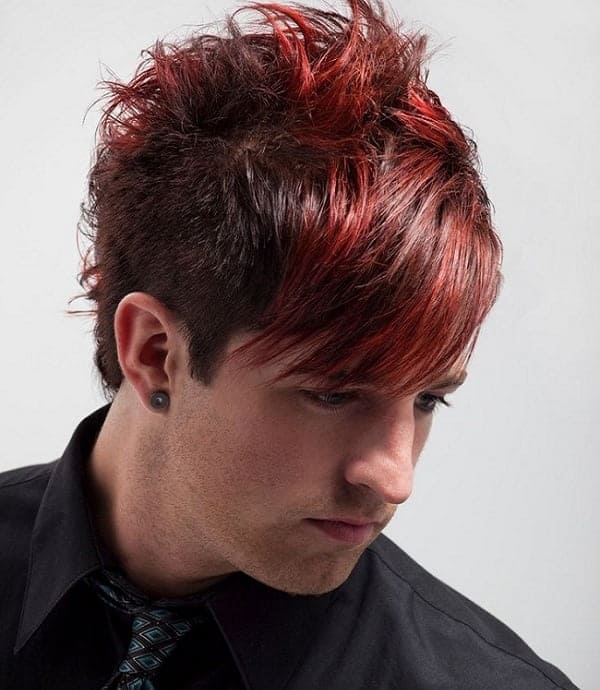 The fringe haircut is an incredibly popular haircut, which can also be spiked up in the back. The style needs to be spiked up using hairspray to get the desired effect.
Prev1 of 59Next
Swipe ← → to browse
Pin It