Mens ponytail hairstyle has long been a symbol of a signature lifestyle popularized with extreme sportsmen and surfers, it has been creeping into mainstream media and can now be seen on actors and models.

If you want to add a new style to your long hair repertoire, try the half ponytail. Once one of David Beckham‘s favourite hairstyles, this haircut works well for chin length hair. It can be seen on Jake Gyllenhaal, Charlie Hunnam, and even Leonardo DiCaprio. Wear it messy or even a half man bun. Whatever you do, this rugged style looks great and keeps you comfortable.

Tips to grow a long hair:

The mens ponytail hairstyle will keep your hair out of your face and also keep things interesting. Back comb your hair and make a loop in the ponytail.

There are different types of ponytail hairstyles for men:

Thinking of trying out long locks? Try one of mens ponytail hairstyles below: 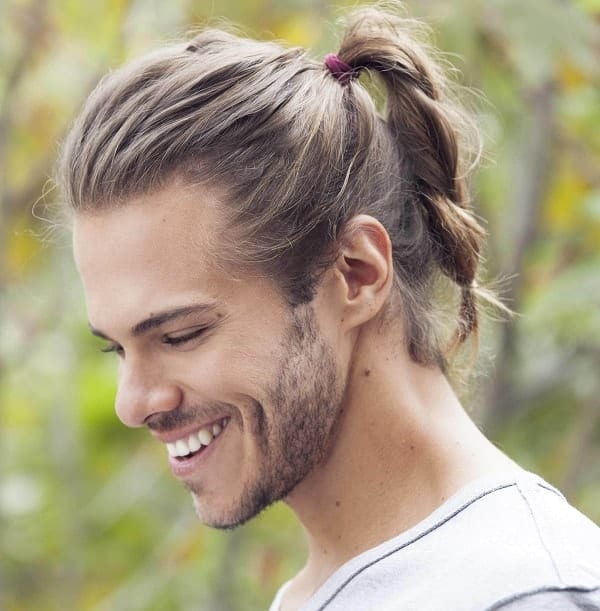 The man bun is a trendy hairstyle among men with long hair. The hair is tied into a bun at the back of the head, and the style is usually coupled with a beard